When a big company runs an international platform, it must ensure that users are treated fairly and not subject to damage to their person or property. It means coming up with rules and policies, as well as looking at the actual user behavior.

Let’s compare and contrast Twitter and Airbnb. Currently, Twitter users are not sure anymore of what the rules are: Elon Musk has advocated for total freedom of speech, lost most of its legal and general counsel team, banned journalists from the platform, and then reversed some of his actions.

Airbnb’s ways to police its platform have also been in the news recently. For instance, the company revealed that:

Airbnb is taking a stand to tackle both discrimination and unruly guest behavior by implementing measures such as introducing a big stick policy, enforcing AI-driven monitoring of user activity, and providing resources to help users become aware of their rights. Airbnb has prioritized creating an inclusive environment where all guests feel safe and respected no matter their gender, race, or any other personal characteristics.

In addition, the company wants to ensure that properties are not damaged or abused by its users by enacting harsher punishments for those who don’t follow the rules. By standing firm against prejudice and bad behavior, Airbnb promotes an equitable community platform where everyone is accepted without judgment or fear.

Last week, Airbnb announced that it was heightening rules and technologies aimed at helping to stop unauthorized parties over New Year’s Eve in 11 countries, following a successful trial last year.

The company is introducing restrictions on certain types of bookings over New Year’s Eve. These restrictions will see:

Airbnb says the implemented measures have resulted in a 56% decrease in party incidents globally. This impressive number was achieved due to restrictions first piloted in 2020 and further reinforced this New Year’s Eve; with over 340,000 would-be bookers blocked from booking a stay (or redirected to booking a hotel room instead), including 120,000 US travelers, 34,500 UK customers, and 13,000 Australians.

In 2022, Airbnb also announced a partnership with noise-monitoring device provider Minut: If guests breach a certain noise level, they will be notified automatically with a message directly sent out through the Airbnb app. Airbnb is providing hosts with a free Minut device for their listing.

A data-based approach to sensitive policies

We find striking that Airbnb used data to establish existing biases due not only to host behavior but also to the ways its platforms world. Here, we are not just talking about making a stance, but about trying to assess whether something is actually happening and find ways to prevent it if necessary. As much as we like being cynical about Airbnb’s intentions, we find the approach and the findings thought-provoking.

In passing, the user behavior data shared in the study revealed a very interesting data point:

In 2021, the share of reservations made through the “request-to-book” button was around 38%. In other words, “instant book” reservations comprised only 62% of all reservations.

How Airbnb uses data to show discrimination against black guests, not only due to host behaviors but also how its platform works

Last week, the company published its Six-Year Update on Airbnb’s Work to Fight Discrimination and Build Inclusion. It summarizes all the actions that Airbnb has taken since 2016 and shares new findings, based on data, and actions put into place to correct them.

For example, in 2020, Airbnb introduced a ground-breaking data analysis initiative, Project Lighthouse, designed to uncover, measure, and overcome discrimination in a privacy-protected manner.

Ultimately, Airbnb’s goal is to use this data to take more precise action against discrimination, with the belief that you can’t fix what you can’t measure. While the Project Lighthouse analysis is focused on our US community, these changes are implemented globally to make our platform more equitable for our entire community

In 2018, Airbnb made an innovative change – showing guest profile photos until after a booking is confirmed. The result? A remarkable 20% reduction in the Booking Success Rate gap between black and white guests! This small but impactful tweak serves as a powerful example of how technology can be used to create meaningful social progress.

To reduce potential disparities, Airbnb is investing further into its features by assessing whether omitting the full name of the guest and replacing them with initials can prevent bias.

Finding #2: Data shows that black guests have a lower chance of making a successful booking

Airbnb conducted an in-depth evaluation of the booking success rate for guests from different perceived racial groups across the United States.

The study found that all users enjoyed a successful reservation after clicking ‘Reserve’ above 90%.

Although there was not much discrepancy between other races, those perceived to be black had 91.4% success rates compared with 94.1% for those considered white to complete a successful booking —the largest disparity witnessed amongst user demographics examined during this investigation which sampled 750,000 reservations requests made throughout 2021 including both Instant Book and Request To Book features.

Finding #3: Even “Instant Book” is not an instant cure to black guests’ lower booking success rate

Airbnb discovered that Instant Book is an effective way to even the playing field among perceived racial groups when it comes to booking success rates. This tool eliminates subjectivity as reservations do not require a review by a host before they are approved. Unfortunately, there was still disparity present in who could utilize this resource – guests seen as Black or Latino/Hispanic were more often first-time platform users and therefore did not meet criteria set out by hosts for using Instant Book such as having reviews from previous bookings.

In November 2022, to promote inclusivity and create easier access for Black guests as well as other travelers of color, Airbnb updated the eligibility criteria for Instant Book with a “good track record” requirement. This means that identity-verified guests can be eligible for an instant booking without necessarily needing reviews from Hosts – so long as no recent history of incidents or negative feedback exists.

Airbnb has identified a concerning disparity in the presence of reviews across guests perceived to be from racial minorities, such as Black and Latino/Hispanic individuals.

Specifically, those demographic groups are less likely than their white or Asian counterparts to have reviews written about them following platform usage. This could potentially be attributed to new users more frequently coming from these demographics. Yet, even for returning guests, there is still an apparent discrepancy that warrants further investigation and understanding. Moving forward, Airbnb will use data-baed insight to construct meaningful changes that address this crucial issue.

Other action of note: Ban on the listing of slave houses and plantations

In July 2022, Airbnb initiated several measures to tackle the listing problem regarding former slave houses in America. These policies affect properties located within US borders and include:

Airbnb is working on updating its Nondiscrimination Policy to ensure consistent enforcement. Additionally, the Airbnb Community Commitment was established in 2016 and is now a mandatory part of the account creation process.

Here’s what it states:

I agree to treat everyone in the Airbnb community—regardless of their race, religion, national origin, ethnicity, disability, sex, gender identity, sexual orientation, or age—with respect, and without judgment or bias.

Here’s what it states:

Airbnb hosts may not:

Airbnb is also joining the fight against antisemitism

As acts of antisemitism reach unprecedented levels, Airbnb stands ready to make its voice heard. The company joins forces with the Anti-Defamation League and a wide variety of companies in the Shine A Light campaign – condemning all forms of discrimination towards Jewish people, as well as any other form that may exist.

Racial differences and different behaviors among hosts: Why black-owned properties are underpriced by the Airbnb pricing algorithm

In March 2021, a team of esteemed researchers shed light on how AI algorithms can be used to reduce economic inequality in the context of Airbnb. In their paper “Can an AI Algorithm Mitigate Racial Economic Inequality? An Analysis in the Context of Airbnb,” they discovered that Smart Pricing – which adjusts prices up and down depending on demand – is beneficial for hosts as it drives occupancy rates higher while decreasing Average Daily Rates (ADR) by 5.7% – resulting in an 8.6% increase in average daily revenue! This research shows promise for utilizing machine learning to address disparities across racial lines within our economy through innovative means like this pricing tool from Airbnb.

Airbnb’s algorithm bridged the daily revenue gap between white and black hosts, reducing it by a whopping 71.3%! Previously, African-American hosts earned an average of $12.16 less each day than their Caucasian counterparts for identical listings.

Smart Pricing was meant to help boost revenue and ease the work of hosts – however, a troubling revelation emerged. Black hosts were found to be 41% less likely than white ones to adopt this algorithm, resulting in an even wider gap between black and white hosts’ overall earnings. Something needs to change for fair economic opportunities for all – regardless of race or color lines.

An examination of the data revealed a much deeper issue than simple adoption. The pricing algorithms used by Airbnb were far less adequate when dealing with black-owned properties – likely due to their sensitivity to prices;. At the same time, white-owned properties may require different levels or rates of adjustment depending on how they respond to price modifications.

Airbnb wants its hosts to feel secure in their properties, so it restricts bookings from certain types of guests who may be more likely to cause damage or disruption. This includes guests with low Airbnb ratings, guests who don’t have a valid form of payment on file or those that have violated Airbnb’s policies in the past. By taking these proactive measures, Airbnb can ensure that hosts have peace of mind and won’t be surprised by unexpected problems when renting out their properties.

Airbnb needs to strike a balance between hosts and guests to maintain the integrity of its two-sided marketplace and community. Guests rely on Airbnb for quality accommodation options at competitive prices, while hosts depend on the platform to make money from their properties. To ensure both parties have a pleasant experience using the platform, it’s essential that there is an equilibrium between host and guest behavior. If either party’s interests are being neglected or disregarded, it can lead to dissatisfaction and ultimately put off potential customers from using the service. As such, Airbnb is committed to maintaining a fair atmosphere in its community by encouraging responsible behavior from both sides. 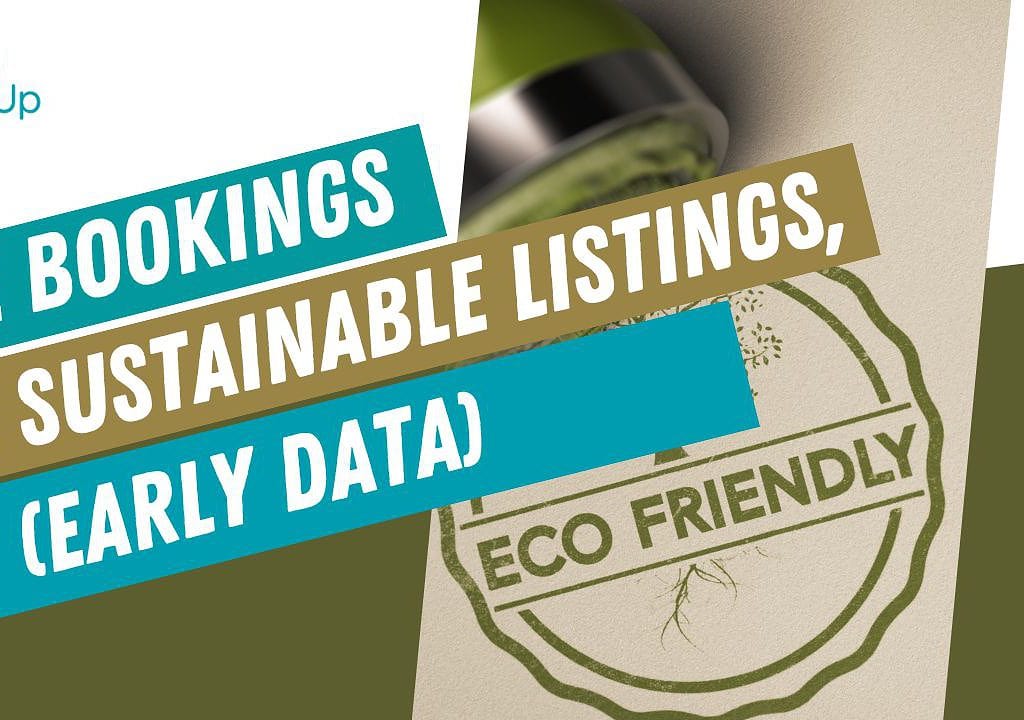 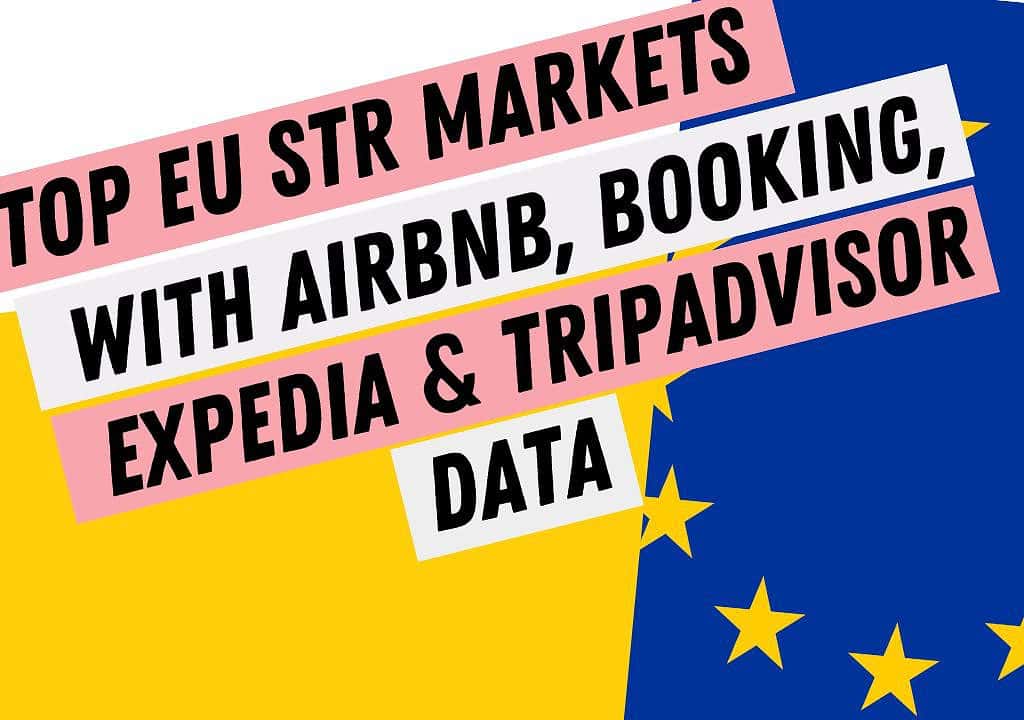 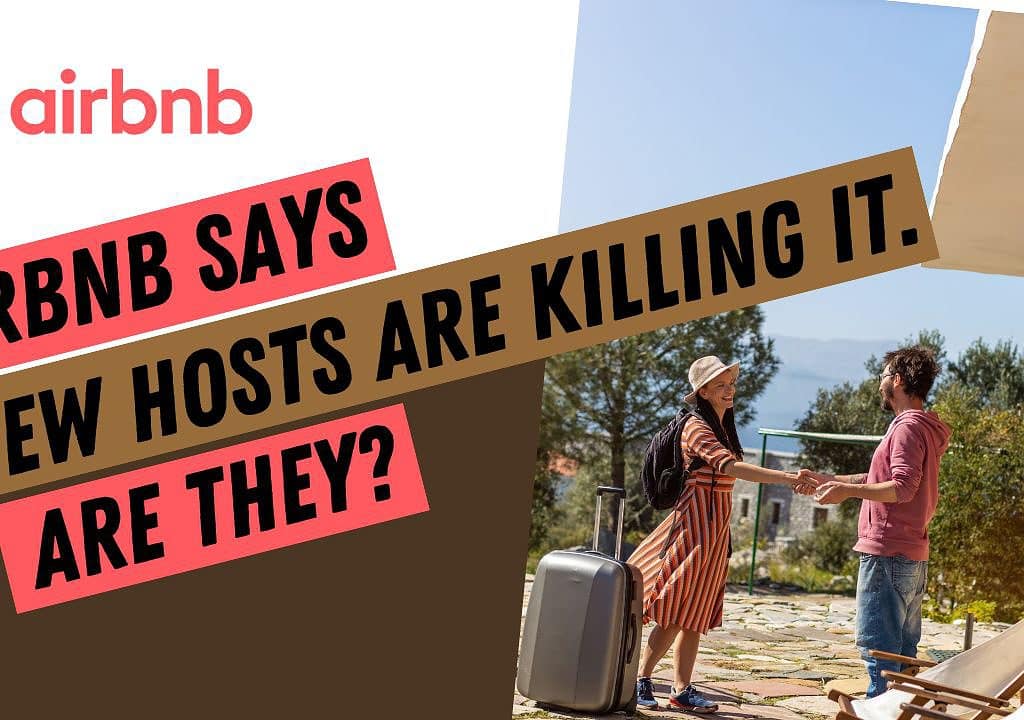