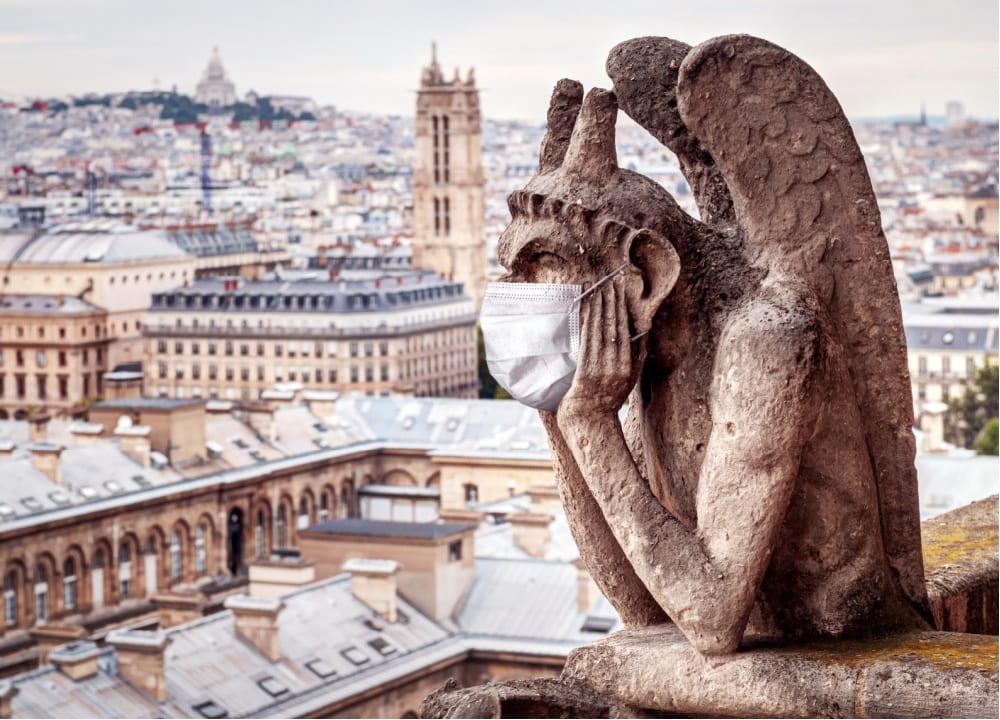 Southern Europe is a big market for vacation rentals: Chalets in the French Alps, old farmhouses in Tuscany, villas on the Costa Blanca, apartments in Lisbon, are a few of the offerings from this part of the world. Europe was hit earlier than the US. One can argue that the US was then hit harder and still is. Yet, you would not be able to know that by looking at vacation rental data: The booking pace rose back way faster in the US, rising again in late April and staying very high, while it has languished in Southern Europe, except in France.

Same thing with cancellation rates: US numbers rose later, but never as high as in France, Italy, Spain, or Portugal. And the US cancellation rate has remained for lower than in these countries. While the number of COVID-19 cases is still rising in the US, the cancellation rate stays low. Meanwhile, cancellation rates have started bouncing back in some parts of Europe, as cases have gone up, quarantine periods have come back, and intra-European international travel seems more uncertain.

How have France, Italy, Portugal, and Spain fared since the start of the crisis in February? How different and how similar have the patterns been? You will see that, from mid-May and to early August, France has been able to do relatively better than its counterparts, with a rise in booking pace and a decrease in cancellation rates. While Italy has also managed to have lower cancellation rates than in Portugal and Spain, its booking pace has remained much lower than before the crisis. As for Iberia, Portugal has done relatively better than Spain, as the booking pace in Portugal has almost reached the levels of February 2020, before the crisis. But obviously, it means that this is a low level for what should be the high season.

At the beginning of the crisis, vacation rental managers in Europe saw a wave of cancellations rising and rising, from the beginning of February to the end of March. This graph, made initially by BeyondPricing, shows the percentage of reservations that are canceled by the stay date. It means that, on a specific date, x% of the stays that had been booked were then canceled. 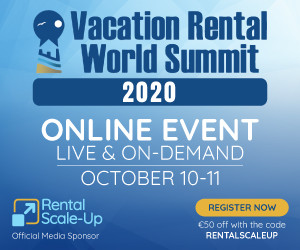 To help you figure out the data for each country, we’ve selected the 3 same dates for you:

Before the crisis seriously hit Southern Europe, you can see on the graph that, on February 3, 2020, cancellation rates were around 7% in France, 4% in Italy, 6% in Portugal, and 9% in Spain.

In Spain and Portugal, the rates of cancellation rose and stabilized very high, between – 80% and – 70%, until the end of June. Then, cancellation rates dropped to around – 23% in late July. Yet, started the beginning of August, cancellation rates have been rising again. In Spain, negative travel recommendations from the British, French, and German may have had an impact, on top of the rise of COVID-19 cases.

This other graph, also made initially by BeyondPricing, shows the booking pace for listings in each country. For a given date, it shows how many bookings for a future date were recording. Two things to keep in mind, before reading the data here:
– In Southern Europe, it makes sense that, even in regular times, the booking pace changes according to the season. For instance, you can imagine that, in that, in July, you are getting bookings for July (same-month arrival) and for August (next-month arrival), two very high months. In August, you are getting bookings for August. The volume of new reservations is going down, as September is not as strong. Also, if occupancy is very high, then you may not be able to take on same-month and last-minute bookings in August. So, the booking pace would be lower in August than in July.
– Please do not compare the absolute numbers among countries, but rather how each country has changed compared to its previous data. For instance, it may be “normal” that reservation per listings are higher in France as in Portugal, if the supply of vacation rentals in Portugal is relatively bigger than the demand than in France. What matters is here how each country changed, date by date.

So, in “normal” times, the booking pace should rise from February to June and, depending on the markets, peak in June or July. In 2020, COVID-19 wreaked havoc into these normal patterns:

In mid-May, something specific happened in France: The booking pace rose fast, up to 0.39 in late June. One explanation could be that French travelers started booking domestic trips en masse, when the nationwide lockdown was lifted on May 15. Another reason could be that neighboring countries such as Belgium and The Netherlands also stated booking French stays in June, once the borders had been officially opened on June 15. This Summer, French roads were indeed full of Dutch and Belgian tourists who may have chosen to stay within a one-day drive to their homes, and thus opted for France over Italy and Spain. Yet, by early July, the booking pace started to drop, confirming the hypothesis that it may have been due to pent-up demand: Everyone who wanted to book for a stay in France in Summer did it in June, and then it leveled off.

In Italy, Portugal, and Spain, the respective booking paces rose again, but to levels that did not beat the early February pace, unlike in France. June and July were pretty flat in terms of booking pace evolution. Portugal did better than Spain and Italy.

In early August, the boking pace in France and Portugal was back to the levels of early February 2020, which is very low. Yet, the numbers were way more depressed in Spain and Italy.

US regions such as the Sunbelt and the Interior seem pretty resilient: The number of COVI-19 cases stays high, but the cancellation rates have dropped and the booking pace is steady. This may have to do with psychology or with US politics. But it has certainly to do with the fact that the domestic US vacation rental market is very strong. While cities are still down, destination markets such as the Gulf of Mexico, Tennessee or Colorado have picked up some bookings. Americans are not afraid to drive 300 kilometers to stay at a rental.

In Europe, COVID-19 is taken more seriously by the population and by governments. As a result, traveling from one country to another seems more complicated. More vacation rental professionals had hoped that borders would stay open until late September. Yet, it seems that travel restrictions have come back since early/mid-August.

France, with its strong domestic market, and with demand from neighboring countries (e.g. The Netherlands) have been able to collect more bookings and fewer cancellations than Italy, Portugal, and Spain. Yet, as British tourists have now to quarantine if they come back from France, the situation could degrade in France as well.

PrevPreviousHow To Sync Your Airbnb Calendar With Vrbo And Booking.Com With ICal
NextHow To Choose A Vacation Rental Dynamic Pricing ToolNext
On Key

After losing a dramatic number of jobs in 2021, the vacation rental industry is now scrambling to find workers. Extenteam, a staffing provider for vacation 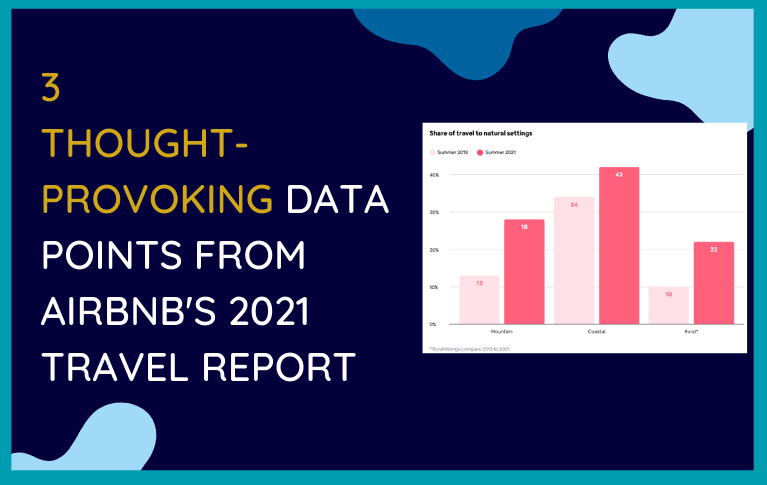 In our European travel report, we shared data about Airbnb’s bookings for summer 2021. One striking data point showed that Airbnb was now a place 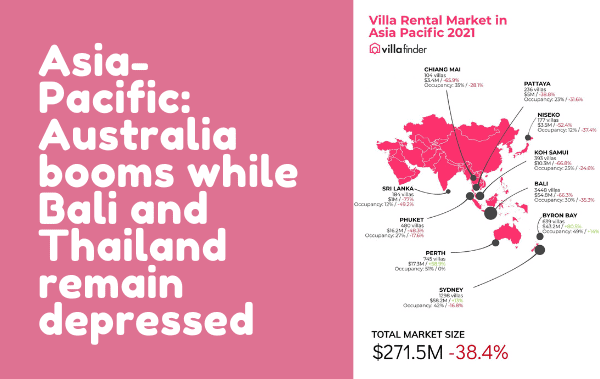 While data about the surge in vacation rental bookings in the US abound, fewer reports are available about other regions. Last week, we published our

Last-minute bookings, when should you drop or raise your price?

Property managers and Revenue Managers are constantly trying to set the prices that will maximize the revenue of each property they manage.  As time passes